May 12, 2021
The title of this post sounds an encouragement to rebel attitudes but in the last 1 and half year this could really be a system than a rebel provoking world.  A chance chat with one of my friends who is also a concerned parent about today's times where his son is in XI std without appearing for the draconian board exam, has led me to thinking about it... COVID has changed or brought something that will have long term impact in our lives, especially the working class like us. Let me take a short digression about the seed of this post to the 90s or more precisely 1992-1993.  In 1993, I appeared for my X Std Board Exams and by far, the most revered exam of all middle class till date too. Board Exams apparently are so draconian till date too maybe, that many kids before me and also later committed suicide due to the results. I won't blame the Board Exam as such but yes they were game changers.. at least they were thought to be...  Today after 28 years when I look back on my days of
1 comment
Read more 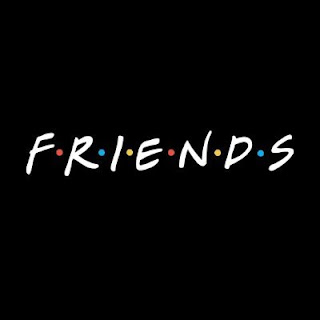 One of the most famous phrase we heard in school was A friend in need, is a friend indeed . Class monitors or the prefects would write this at least once a year on some blackboard (classroom's or general) as "thought for today". Some of us were emotional on that front too just by reading it. Some really thought their friend in school will remain with them forever only to realize later that once the school is over, the friend has sailed swiftly to some place where we don't tread.  Then came the days of colleges where those who couldn't bond in school had really great bonds from then on. As for some it lasted for a while in school, same it was in College too. For some the friendship lasted life-long; well those are exceptions.  Then came the hormonal imbalances spiced by Bollywood as below... where friendship was given a stage of initiation for love & romance. A girl and boy first become friends and then they (have to) fall in love (typically at first sight or p
4 comments
Read more

Work From Home... but for Whom?

February 16, 2021
COVID 19, undoubtedly has changed the world's diaspora. For ages, many aspects have changed man's life. From his days of foraging and vagabond lifestyle during the Homo-Sapien growth phase to discovering fire or farming and more. But all changes on man's life (pardon me, today it may sounds sexist, but I am habituated to old English style, so I mean mankind or all the humans) have not only brought a new venom but also a nectar that though, has not made him immortal but has remained with him for as long as possible. Glancing about those history is unwarranted on this post so I'll straight away jump to three major changes in man's life -  The industrial era The technology and service era The post COVID era What I can express is known by many very well, but something exclusive I can share here is, what industrial era brought to man's life is the idea of a job . Robert Kiyosaki, in his book Rich Dad, Poor Dad , which I read somewhere in 1999, has vividly expressed t
7 comments
Read more 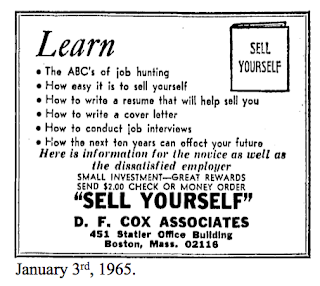 Will this not be a great cover letter? Hi! My name is ____________ & I have to work for a living. If you would like to see me do that, check my CV and call me for interview (rude but straight). We will discuss salary thereafter. Sd/- Me in this desperate state But life is not a bed of roses, is it? I always wondered why writing being an art and of course characterized to be aesthetic at many level is enforced on everybody in the most unlikely situations. All of us were able to write letters but not all of us can or are taught to write a Covering Letter. I am dreaded by the situation even today, after 20+ years of work experience. I mean, I especially can write very long letters and I do not stop typing unless interrupted. I can almost type as I think. But writing for a job has to be crisp and concise. There lies my problem with this supposed  art of mine. I can either never talk or be elaborate, leave alone writing scenario, then how to be crisp & concise; moreover why?   B
1 comment
Read more

Why India “may not” win a Nobel in Science ever!

July 31, 2016
We Indians anyway have EGO in many things, from buying a TV to Car to going for specific schools to calling oneself IITian. Now when we add being a scientist who has contributed n terms of papers under Govt funding, he/she quite often thinks (leaving few exceptions) that he/she is so important that his fellow professionals are lesser souls. So petty thinking on such issues is natural, though you might call irrational; in fact it's being UNREASONABLE. To win a Nobel there has to be lot of other things than Science. I see westerners work in Collaboration from inter-department within a University/Research Institute to across borders. Indian scientists on the other hand might not do it with their neighboring scientist of the same department on the same floor. The only time they come together is during the 4 p.m. tea time, where in the name of scientific reckoning a show off is made of their skills with no absolute base on the discussion; these discussions are more of criticism and
3 comments
Read more

Physics is "hot", Physicists are "not"

January 29, 2016
I had an odd conversation during the lunch-yap (the obligatory conversation during the lunch, somehow we grown-ups cannot eat quietly; neither lunch nor dinner, we have to talk about something while serving hypoglycemia (hunger)) about Physics vs Physicist . My colleague, who has established himself in Physics, academically (unlike me) threw this at me. He said, unlike the era up to 80s, where pursuing Physics meant something, being a Physicist was not only honor but was also more like 'being in demand', today it is not the same for Physicist. Many top IIT-JEE rank holders used to pursue integrated M.Sc. Physics, especially at the christened mecca, IIT Kanpur and the dejected but still in the top 100 or 200 ranks would run pillar-to-post to at least go for BTech in Engineering Physics. The ones who did not go for IITs, would still pursue Physics somewhere. Physics was hot and so were Physicists , back then. Unfortunately, today the situation is not the same. The essence o
3 comments
Read more 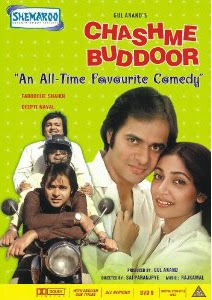 The 1981, phenomenal saga tailored by one of the greatest Woman Film Makers of India, Sai Paranjpe... The particular point to be mentioned is, Sai was way ahead of her times & a Woman in a Man's world as compared to today's Farah Khan or Meera Nair or others, where liberalization is second nature bagged by Western influence & technology. No woman in India dared to make movies in those days. Sai Paranjpe for first, never made movies for women. Her stories themed around a collective set of characters irrespective of gender. The fairer sex always had fair share. Amongst Sai's many movies such as, (ref Wikipedia...) The Little Tea Shop (TV 1972) Jadu Ka Shankh (1974) Begaar (1975) Sikander (1976) Dabcherry Milk Project (1976) Captain Laxmi (1977) Freedom From Fear (1978) Sparsh (1980) Chasme Buddoor (1981) Books That Talk (1981) Katha (1983) Ados Pados (TV 1984) Chote Bade (TV 1985) Angootha Chhaap (1988) Disha (1990) Papeeha
Post a Comment
Read more
More posts

SUNDAR
I am the kind of guy, who may not impress you as soon as you see me but might leave a long lasting first impression if we find a common ground of interactions.